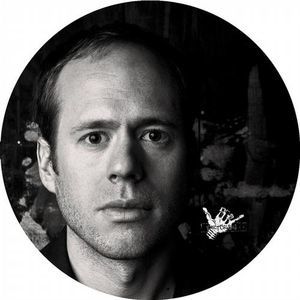 Chymera (real name Brendan Gregoriy) hails originally from Cork, Ireland. Throughout his teenage years he was heavily immersed in various forms of guitar based music. After moving to Limerick for a year at the turn of the century to attend college he was first exposed to electronic music. Upon his subsequent move to Dublin he had thrown himself headfirst into DJing, quickly latching onto the various sounds of techno. In 2002 he made his first steps into production and over the following years progressed through electronica and electro to more dancefloor friendly techno and house.

In late 2006 and early 2007 he had his first international releases on labels Urban Torque (As I Am An Exit), Supreme Entertainment and Mezzotinto, the latter of which; "Midnight at the Aquarium", swiftly brought him to the attention of many house and techno luminaries. He followed those up with key releases on labels like Ovum, NRK and Delsin, further cementing his trademark melodic sound in the minds of DJs and music aficionados alike. "Arabesque" (Tishomingo) became one of his most popular tracks and it was also licensed to several high profile mixes (including Luciano´s Fabric 41). As a result of the success of the beatless mix of "Umbrella" (Ovum), he was voted third best chillout artist in the 2007 Beatport awards. Since then he has released on labels as diverse as Figure, Connaisseur, Komplex De Deep and Cocoon Recordings among others and proved a versatile artist whether producing deep house through to big room techno, but all with the trademark Chymera feeling.

After almost three years living in Barcelona, Chymera has relocated to Berlin in 2010 and is in high demand as a live performer and DJ with a booming live schedule which has seen him play many of the world's top clubs throughout Asia, Australia, America and all over Europe.

Two years Ago he gave us one of biggest tracks ever on Dirt Crew with the amazing "Curl" a track that became an instand classic across all genres. Now Dirt Crew is very proud to have him do it once more, the title track "Disc" is an absolute Club Monster, is has been played out for months now and people go crazy when its bassline drops. Reactions are overwelming !